The method of putting two or more things together is called Addition. It is denoted using the +: Plus symbol.

How to teach addition?

The addition is the first operation students learn in math. It also forms a base for multiplication. Thus concept clarity is a must while teaching addition to kids. Here is the simple progression one can follow to teach addition:

Step 4: Simple word problems
Once students have understood the meaning of addition, it’s important they see its real-life application of it as well. Word problems not only raise the rigour but also are best for real-life scenario exposure. Give them, simple word problems like: I have 5 red balls, dad got 3 more red balls. How many red balls do I have in total?

a) Double-digit addition without regrouping (with pictures):

The first step of double-digit addition is making students understand the
concept using the place value block. When we directly move to add 2 digit numbers, students just mug up the process and do not actually understand the concept.

b) Double-digit addition without regrouping (with numbers):
Once students know to add 2 digits using the blocks, now they can move on to add numbers directly.

c) Double-digit addition with regrouping (with pictures)
Adding double-digit numbers with carrying is a complex topic and students find it difficult initially. To have a clearer understanding, use the blocks again to teach 2 digit addition first.
When students add larger numbers with blocks, they actually understand the purpose behind regrouping and carrying it to the next number on the place value.

d) Double-digit addition with regrouping (with numbers):
Once students have a good understanding of regrouping, introduce addition using numbers and carry. Explicitly mention the steps to them so that they can have a clear understanding.

Teaching through games and activities:
a) Book cricket: This is one of the most popular games in elementary school. When students actually add runs scored by each player, they actually get extremely fluent with addition.

b) Shopping time: Whenever you go shopping, make children, add the amount to be paid and see their excitement. 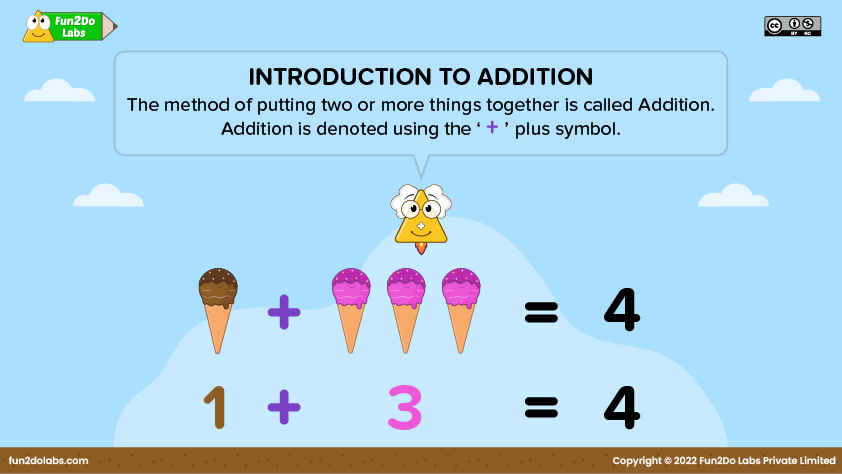 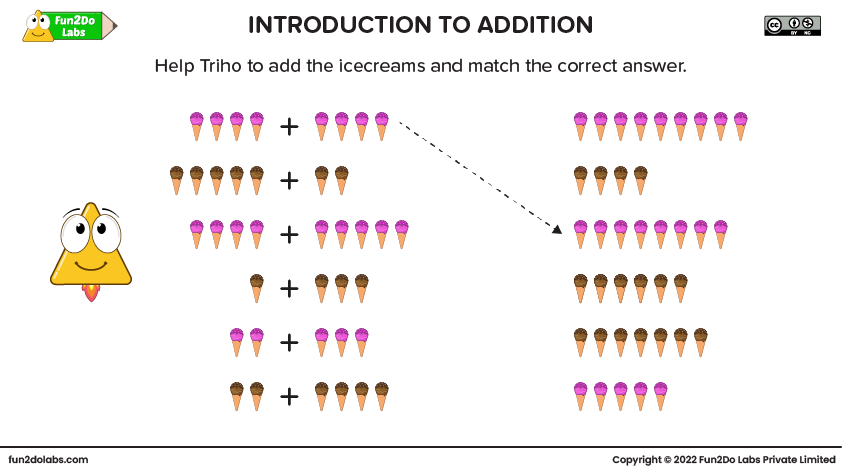 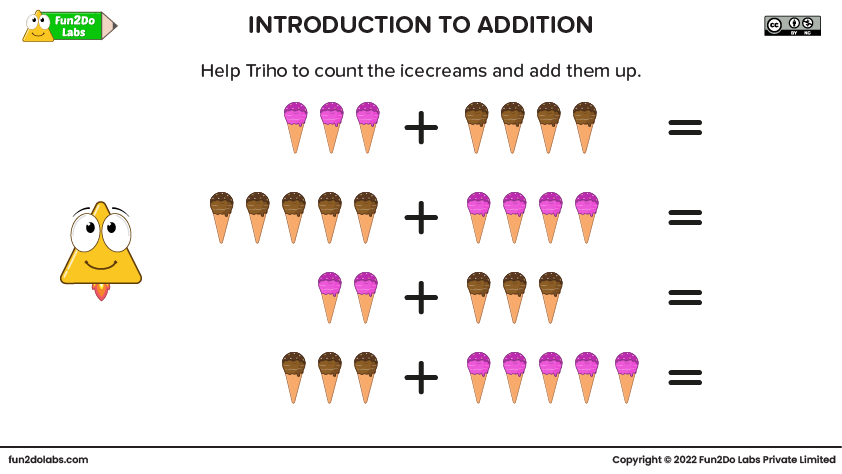