Number comparison is a relational number skill where students work with numbers in relation to each other. It is the ability to determine more and fewer, greater than, less than and equal to, and put a group of numbers in order.

Why is comparing numbers important?
Comparing numbers is an important part of maths as it builds the foundation of number sense in children. Number sense is the ability to recognize a number, its value and its relationship with other numbers. And this relationship is built using number comparison. Before teaching numbers comparison, it is important that children have an understanding of the numbers and their value. Do not forget to assess this beforehand and work on it for some more time if there is some understanding gap.

Number comparison using more or less
To begin with, make children understand the difference between more and less. For example, if there are 8 balloons in one bunch and 5 in another. Then children will say 8 is more and 5 is less. This will make them gain a strong understanding of what comparison actually means and looks like.

Number comparison using <,>,=
Once students have a good understanding of more and less, we can move on to compare numbers using less than( <), greater than (>) and equal to (=).

Teaching number comparison through activities:
1. Real-life objects and toys: Toddlers and preschoolers generally have a lot of toys. Use their toys to teach them comparison.
For eg: Distribute some blocks between you and your child. Make him/her count both the blocks and find out who actually has more blocks. Ask some critical thinking questions like:

2. Tour of the supermarket: Take kids to a supermarket and show them how comparison is actually used in day-to-day activities.

Teaching comparison using games:
1. Book cricket: This is one of the most popular games in elementary school. This game not only helps students master number comparison but also basic operations like addition, subtraction, multiplication and division. 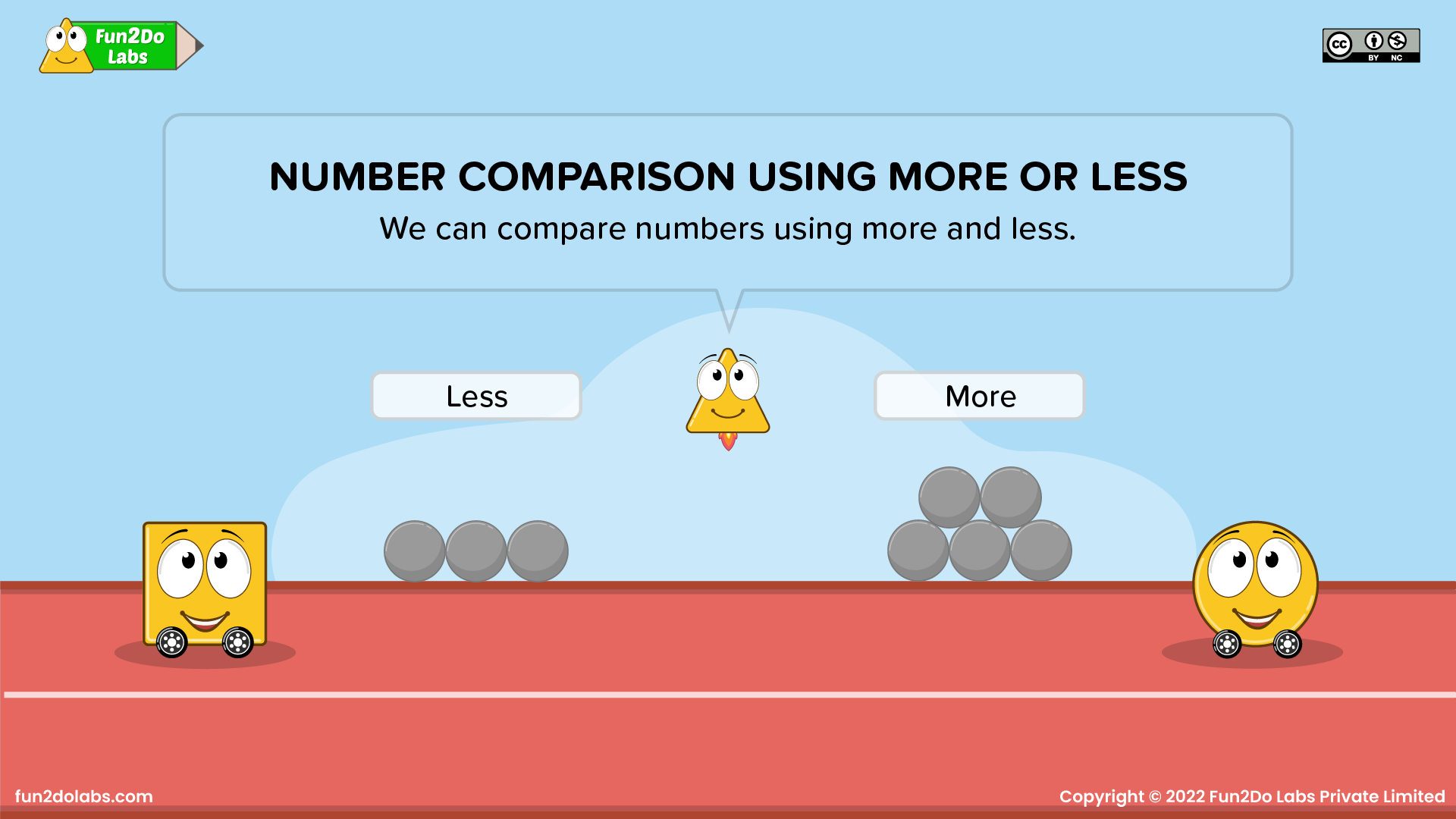 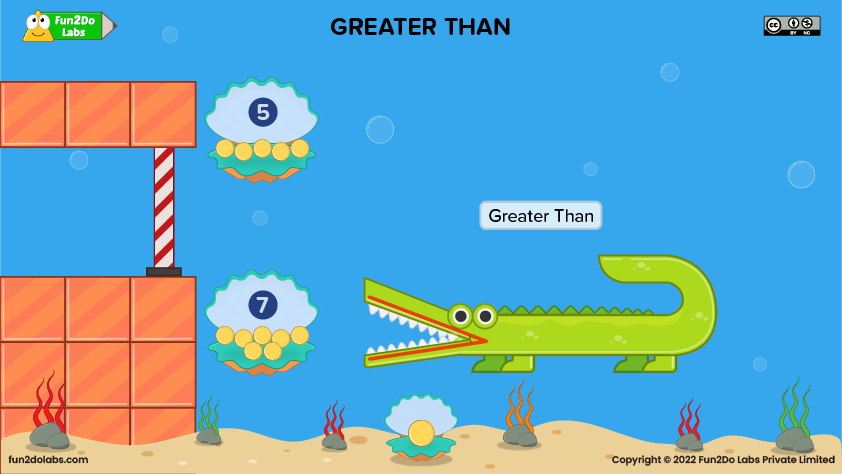 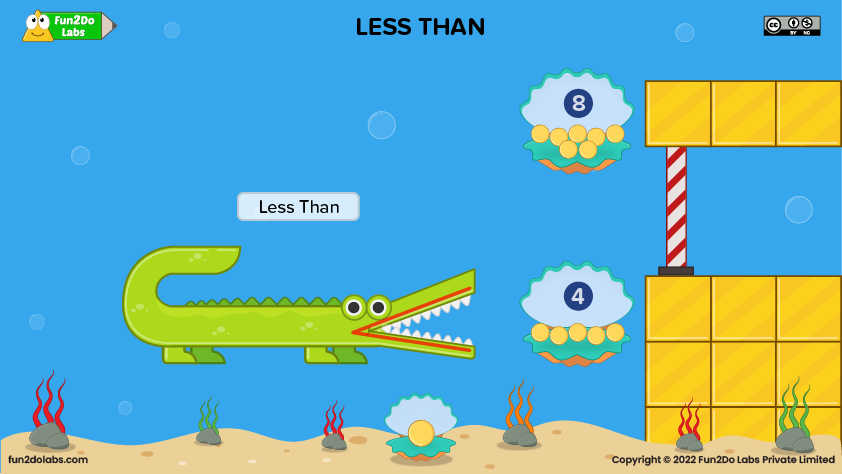 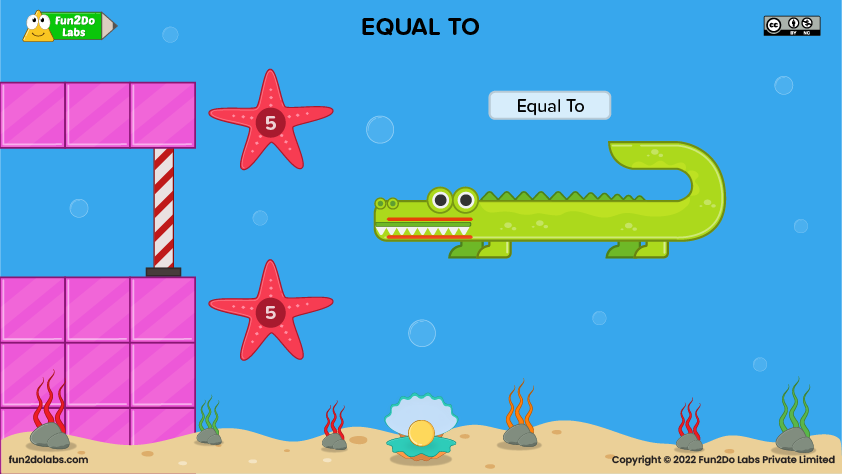 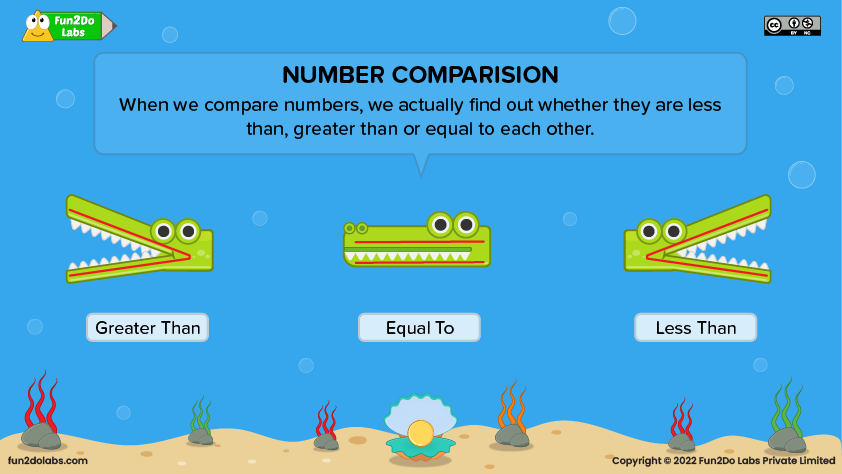 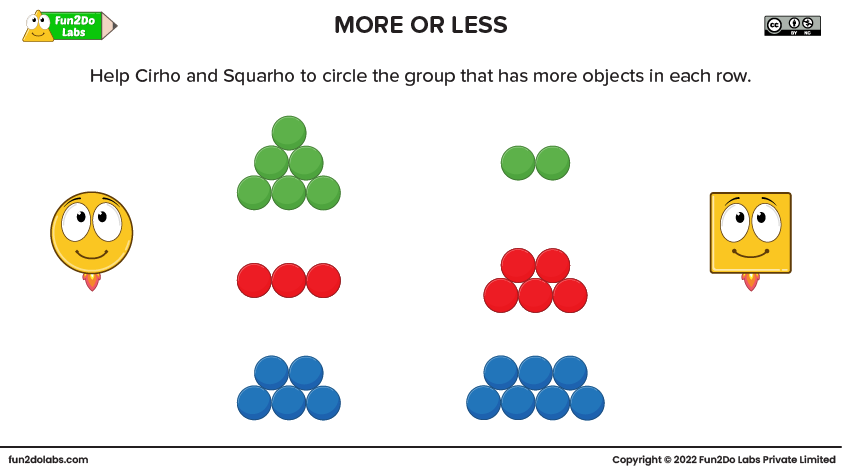 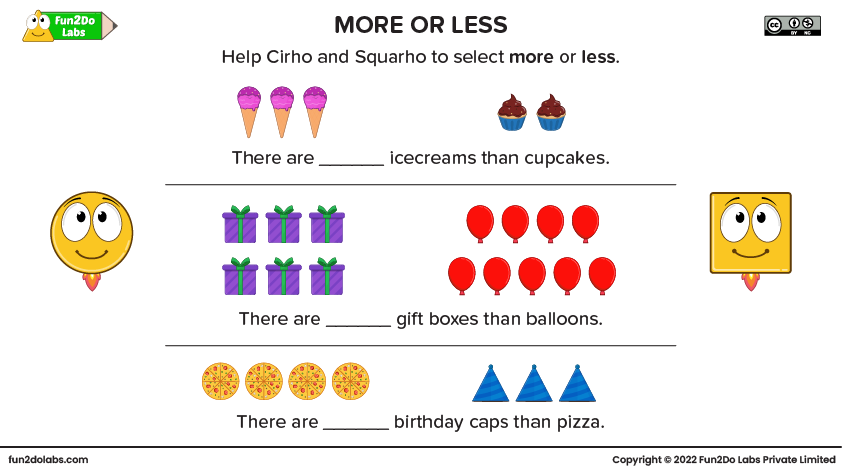 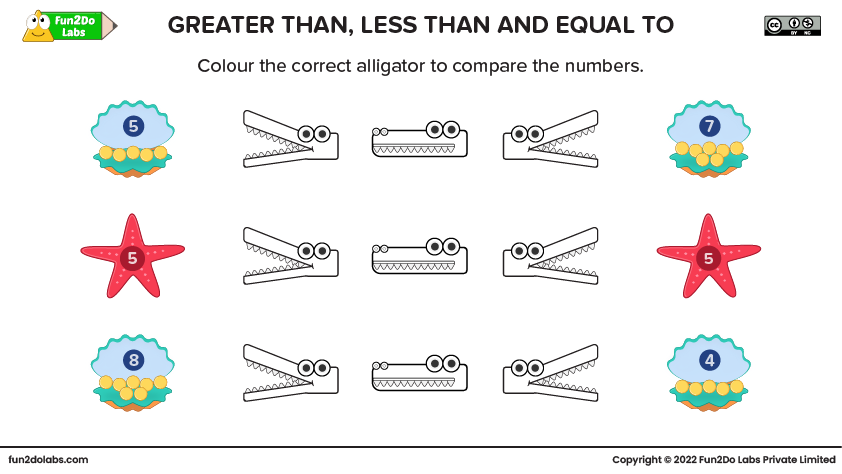